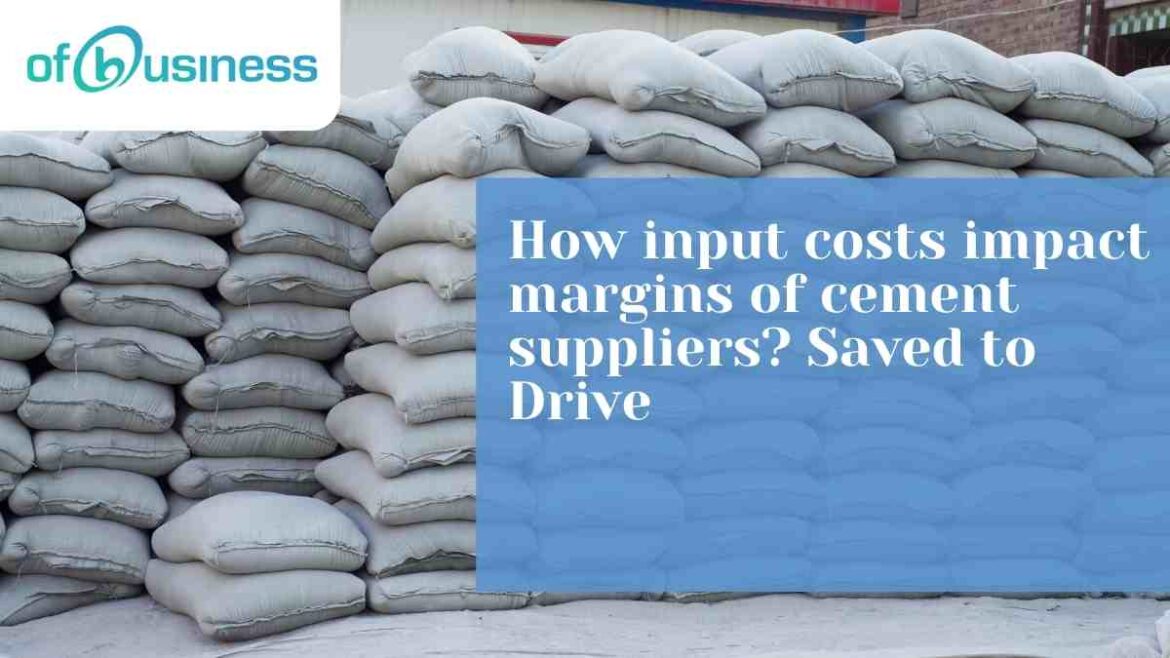 According to a recent assessment by ICRA, cement suppliers’ operating margins will fall by 390 basis points in FY2022, as a result of rising input costs.

Despite the anticipated volumetric expansion and net sales realisations in FY2023, cement suppliers’ operating margins are predicted to drop further in FY2023. Higher input costs continue to be a big issue for Indian cement suppliers, who face a probable profit decline for the January-March quarter.The possibility of cement price increases in certain markets cannot be ruled out, as demand improves.

In FY2022, production has climbed as a result of ongoing robust demand from rural housing and an increase in infrastructure construction.

In FY2023, cement volumes are anticipated to increase due to demand from the housing and infrastructure sectors.

According to trade sources, import prices for coal and petcoke have increased by 70% and 40%, respectively, since January 2022 due to the escalating crisis between Russia and Ukraine. Prices hover between $250 per tonne (imported coal) and $200 per tonne (domestic coal).

Some cement suppliers have recognised that marginally higher diesel prices after the election have increased overall expenses.

Operating costs are expenses that do not vary with levels of output; variable costs are expenses that vary with the number of items produced. Fixed and variable costs both have a significant impact on gross profit—an increase in production expenses means a decrease in gross profit. Economic profits of zero mean the firm’s reserves are enough to pay explicit and implicit costs, such as rent on the firm’s building or the owner’s salary. These hidden expenses equal the firm’s normal earnings if it were appropriately compensated for using its own resources, hence the name normal profits.

Net profits, sales earnings, and merchandise costs are the most obvious, easily identifiable, and broad numbers that affect the profit margin.

When you delve a little deeper, sales prices become very important factors. Increase your net profit margin by managing your merchandise costs well, and you can raise your sales prices at the same time.

Cement prices are anticipated to continue elevation in the foreseeable future, exerting pressure on operating margins and causing a further decrease of 440-490 basis points in FY2023.

To safeguard your business from the wrath of the market, check out best cement prices from the best cement supplier in the country, OfBusiness.

Handy Home Improvement Tips Everyone Can Use

Tips & Tricks for Writing an Excellent IT Assignment

How should a beginner learn laptop?
by Uneeb Khan January 3, 2023
How To Clean And Restore Different Types Of Furniture?
by Uneeb Khan September 2, 2022
Why do We Have To Check DA PA of a Website Before Publishing a Guest Blog?
by Uneeb Khan October 20, 2022