All You Need to Know About Monoclonal Antibody Production 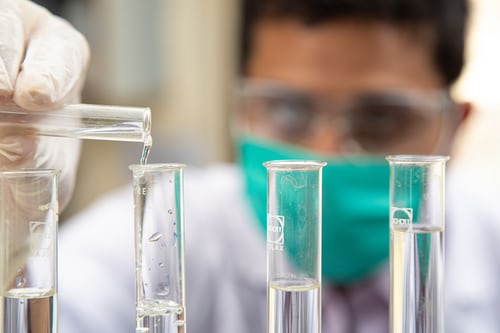 They are exact duplicates of the same antibody. Outlined is all you need to know about monoclonal antibody production.

Antibodies are blood glycoproteins belonging to the immunoglobulin superfamily and account for most of the blood protein’s gamma globulin fraction. Nonetheless, they can be found in other bodily fluids as well.

In response to foreign organisms or antigens (bacteria, viruses), they are secreted by B cells or membrane-bound by B cells via their Fc region to the B-cell receptor (BCR). Each antibody contains a Fab’s variable region, which includes a paratope specific for one epitope on an antigen at its extremity. When these two structures bind, the Ab can tag the foreign organism or infected cells for direct neutralization or allow other immune system cells to attack them.

Why are monoclonal antibodies so expensive?

A single gram of antibody typically costs between $95 and $200 to produce. This excludes the costs of research, development, and infusion into a patient.

The manufacturing costs are high because you must build antibodies inside mammalian cells to be alive. This implies that the cells require a body-temperature environment, fluids, nutrients, and cell-signaling molecules.

What are the risks of using monoclonal antibodies?

Infusion reactions are common during or immediately following monoclonal antibody treatment. These occur when your body’s immune system reacts strongly to the monoclonal antibody treatment. Rash, rigors/chills, shortness of breath, sweating, changes in blood pressure, and increased heart rate are common symptoms of an infusion reaction. However, slowing the infusion or lowering the dose can help limit these reactions.

Acute anaphylaxis is a severe allergic reaction that can be fatal. Serum sickness occurs when your immune system attacks the antiserum used by your healthcare team to help you. CRS, also known as cytokine storm, can cause organ damage.

Monoclonal antibodies are typically administered as an intravenous (IV) solution injected directly into your vein (sometimes referred to as an infusion). They are frequently issued in an infusion center, where several people receive treatment simultaneously.

During your initial treatment, your healthcare providers will look for any signs of a severe allergic reaction.

Sometimes, your doctor may prescribe a monoclonal antibody administered subcutaneously (injected under the skin). You’ll be shown how to give yourself a shot, usually in the abdomen or upper thigh.

The following conditions have been treated with monoclonal antibodies:

Monoclonal antibody therapy and vaccines, according to experts, should be viewed as complementary approaches to the same problem. Vaccines serve as the first line of defense because they prevent infections.

Monoclonal antibodies are a treatment option for vulnerable people who become ill after vaccination or are unable to be vaccinated in the first place. They are designed to act as a second line of defense against COVID-19.

Your doctor may prescribe monoclonal antibodies depending on what you’re being treated for and your overall health.

Some Facts About The Items Packed in Custom Jewelry Boxes