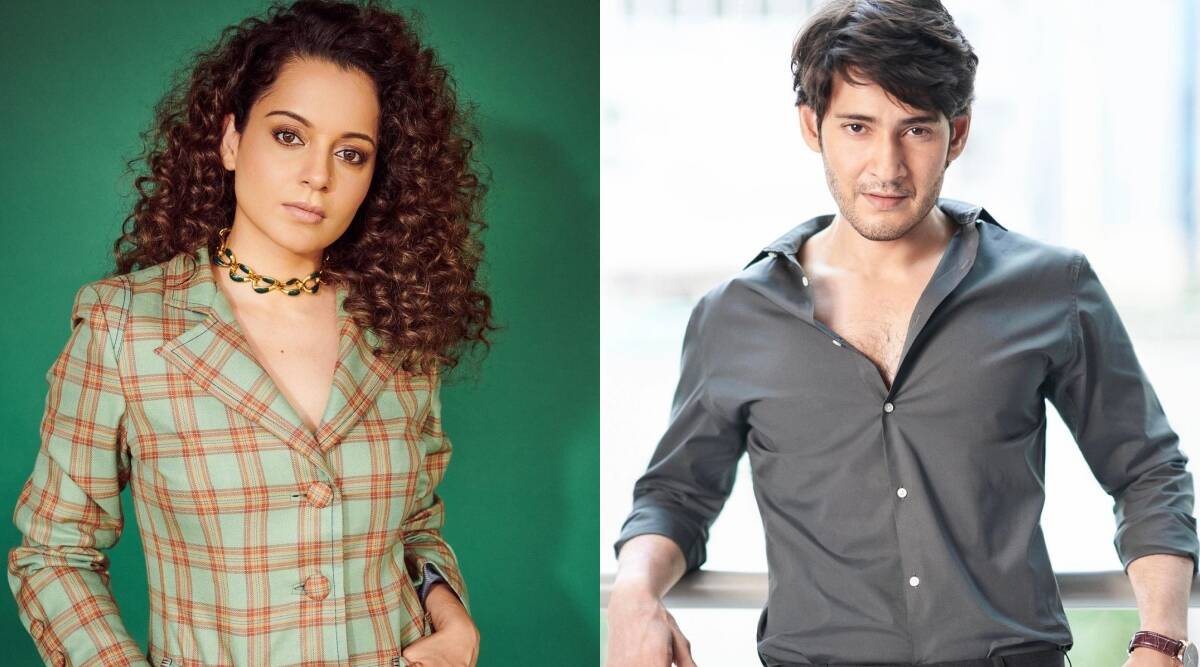 Mahesh Babu Controversy: Bollywood actor Kangana Ranaut was in Delhi to promote the second teaser for her forthcoming action film Dhaakad. The actor opened up about the ongoing Mahesh Babu controversy about working in Bollywood. In the last few days, actor Mahesh Babu’s recent statement has generated a lot of buzz. The Dhaakad actor known for her outspokenness consented with Telugu actor Mahesh Babu that Bollywood can not afford him.Also Read – Bhool Bhulaiyaa 2 Roars at Box Office as Dhaakad Shows Get Cancelled – Sad News For Kangana Ranaut!

Kangana Ranaut was asked about the Telugu star’s remark during the trailer launch of Dhaakad, and she quickly agreed, “Ye toh unhone sahi kaha (He is absolutely right). I agree with this.” She continued, “I know he received a lot of offers from different filmmakers. His generation of actors has elevated Telugu cinema to the top of India’s film industry. As a result, Bollywood can not afford him.” She further stated that she was unaware of the context in which Babu made those remarks, but that she and others have often joked that ‘Hollywood can’t afford us.’ Also Read – Watch: Kangana Ranaut on Not Doing Item Songs, Endorsing Fairness Creams, And Speaking on National Issues|Exclusive

Kangana said, “He (Babu) has only shown a great deal of respect for his industry, and we can’t dispute that Telugu films have flourished in the last 10-15 years. Nothing was served to them on a silver platter. We can only learn a lot from them.” The actor stated that she did not wish to discuss the linguistic gap between the two industries because ‘this country has numerous languages, all of which are essential. No language is greater or lesser than another.’ Also Read – Kangana Ranaut Hails Bhool Bhulaiyaa 2 Box Office Success, Congratulates Kartik And Kiara For Ending Dry Spell

Watch this space for more updates!

Mahesh Babu emphasised that his remark was simply a reflection of his admiration for the film business. “I’ve always wanted to make Telugu films,” he said. And I’ve always longed for Telugu films to go successful in the United States. Why should we abandon our own industry in order to pursue another? I’m overjoyed that our films have made it there (in North India). Our films are performing well across India, and my dream is coming true,” he clarified.

Mukesh Bhatt on Mahesh Babu’s controversial remark: If Bollywood can not work to his expectations, then there is nothing wrong with it.

While social media has been divided over his statement, filmmaker Mukesh Bhatt pointed out to India Today that there was no reason for an uproar over Mahesh Babu’s statement. He said that if Bollywood can’t afford his price, he wishes him all the best. He said that he respects where he comes from and he is a talented artiste. “He is a very successful actor and keeping to his requisite of what he wants to get in terms of gratification of our films, if Bollywood can not work to his expectations, then there is nothing wrong with it,” he said. The filmmaker further added that there is nothing to be offended about his statement.

Smart SEO Goals For Your Website To Make You Successful

Fundamental Clues to Get More essential Obligation on Instagram
by Uneeb Khan November 24, 2022
How to Choose Counter Display Boxes to Improve your Sales and Product Presentation
by Uneeb Khan May 10, 2022
Spy Cosmetics: How to Be a James Bond in Your Own Bathroom
by Uneeb Khan December 29, 2022