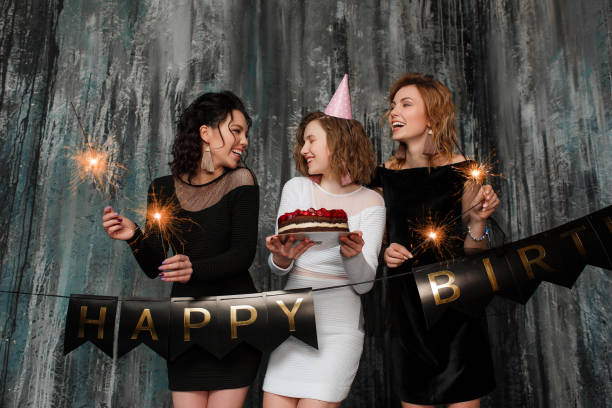 Birthday cakes are the highlight of any party traditions. For children and adults alike, there is nothing more enjoyable than eating a big birthday cake. But where does this delicious custom come from that seems so natural to us? And how did it evolve over time to become a staple, made every year for special occasions? The history of birthday cakes is very interesting and reflects our evolution as a food culture society.

Since Roman times, fruit and nut-based cakes have been used for celebrations. Early cakes were made in a hurry and could be stored for months. Originally, the only difference between cake and bread was that the cake was sweeter. Throughout history, as baking became a profession, more and more elaborate and tasty treats were made. It is not clear how the use of candles in cakes came about. It is assumed that in ancient Greece, candles were placed on the cake to resemble the moon.

More Read: Bread Is an Essential Part of the Daily Diet

The birthday cake is thought to have originated in medieval Germany, where the custom of baking a sweet cake on a child’s birthday was known as “Kinderfest”. Around the same time, people in England began making cakes with imaginary objects in the batter, such as thimbles or coins. It was thought that these objects, when placed in the cake, would bring more or less good luck. The custom of blowing out candles on birthday cakes dates back to the pagan belief that they made wishes with fire and that the smoke would carry the wishes to heaven. Today, people blow out candles on birthdays and make wishes because they believe that their wishes will come true if they blow out all the candles in one breath.

The history of cakes is very interesting. From their birth in ancient Greece and Rome, through their heyday in medieval Europe, to their roots in modern traditions, birthday cakes have brought great joy for thousands of years. The next time you eat a delicious surprise, think about the history of birthday cakes and why they are made and enjoyed every year for special occasions. And most importantly, don’t forget to blow out the candles together.

Sara has completed her education in marketing and started her career as a digital marketer. She is a content writer by profession. And she would love to add multiple things to her knowledge that she can add to her writing style. She writes about bakery products of the Online Bakery.

Fund Your Child’s Higher Education with a Loan Against Property 

Things You Should Know About a Career in Pharmacy