Copyright 2021 - All Right Reserved
Home Education What is an IQ Test?
Education

What is an IQ Test? 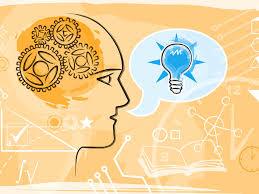 An IQ test measures the fluid intelligence of a person. It is also used to detect learning difficulties in children. It is also used to evaluate job applicants. The test is a reliable way to measure a person’s potential for achieving success. There are several types of IQ tests.

Fluid intelligence is a form of intelligence that manifests in many different ways. It can be seen in a jazz musician improvising, a mathematician proving Goldbach’s Conjecture, or even a homeless person who finds a new way to stay warm. Current IQ tests measure fluid intelligence by measuring problem-solving strategies.

Fluid intelligence involves the ability to quickly adapt to a variety of situations, especially in jobs that involve a great deal of change. It also involves the ability to draw on knowledge and relationships between different concepts. Developing fluid intelligence is possible through training the memory. This is important because it can affect the outcomes of a person’s life.

They can also assess learning difficulties in children

Sometimes IQ tests can be recommended by teachers when a child is showing signs of learning difficulties. This may begin as early as preschool, and teachers are concerned about the child’s readiness for kindergarten or first grade. Other times, teachers notice that the child is not acquiring skills like reading as quickly as their classmates. In either case, the child may be hiding a learning difficulty, and IQ test can help identify the problem.

The results of IQ tests are not always reliable. While they are useful in determining whether a child is able to learn, they are not an accurate measure of intellectual ability. The result of an IQ test may be inflated by lucky guessing or by a bad day. In addition, there are many other factors that can affect an individual’s scores. That is why psychologists will usually give a range of scores.

Teachers and parents want their children to succeed, and IQ tests can be a helpful way to assess whether or not a child is able to learn. However, it is important to remember that each child is different, and they require different assessments. Instead of using a single standardized test, teachers and parents should use dynamic assessment styles. These methods will give a child more personalized attention.

The use of labels to assess a child’s intelligence is damaging and may influence their behavior in drastic ways. It is important to avoid labels that label children. This is because these labels can impact children’s self-esteem and prevent them from tackling difficult tasks. In addition, children who believe their IQ scores are fixed tend to avoid challenges and allow the label to speak for itself.

They can also evaluate job applicants

IQ tests are a great way to gauge the intelligence of job applicants. While IQ is the most widely used test for measuring human intelligence, there are a few other ways to evaluate applicants. One method involves the administration of psychometric tests, which measure personality, emotional intelligence, and job-related skills.

Another method is the use of indirect validity. Since there is little evidence to support the relationship between IQ and job performance, researchers have attempted to measure it indirectly. The results of hundreds of studies have shown low correlations. Some have attempted to double the correlations by adjusting for measurement errors, or combined the data from multiple studies. However, this technique is flawed due to the uncertain quality of the primary studies and the need to make many assumptions.

Aptitude tests also measure people’s abilities, and are often standardized and include multiple-choice questions. They are also used to determine verbal skills, mathematical skills, and logic skills. These tests also assess memory and problem-solving skills. In some cases, they also assess attitudes towards dishonesty.

Although IQ tests are not widely used as employment tests, they can be used in other fields. Oftentimes, employers opt for cognitive aptitude tests instead. These tests are more accurate than IQ tests and are valid indicators of job performance.

The fun of having to dress up at school!

Why our are Online Quran Classes better

Skyward FBISD Everything You Need to Learn About It

Get Another Person To Step Through Do My Online Class

I Want Somebody To Supplant Me In Take My Online Class