Home Education Translating old manuscripts – who does it? 
Education

Translating old manuscripts – who does it?  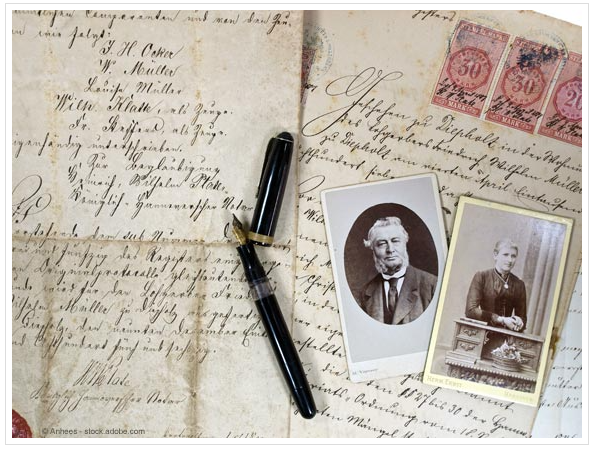 Do you have handwritten documents that you would like to read, but you can’t? A letter, a postcard, a recipe book, a marginal note in a book, a will, a deed of ownership written by one of your ancestors in so-called old German script such as Sütterlin or Kurrent ? Foreign-language transcripts of lectures, minutes of meetings or the like? You can be helped!

There are people who can read and translate handwriting, written in languages ​​that are considered almost “extinct” or in languages ​​that are foreign to them. Even computers can do it! You ask yourself: “Where can you have old German writing translated ?”, “How can you translate Sütterlin ?” or “Who can translate Kurrentschrift ?” You will get the answers from us! and also can took Polish to English translation services.

One translator who can translate old German manuscripts is Harald Rohr from Visselhövede in Lower Saxony. The district newspaper presents the 64-year-old and his work in its online edition . Rohr calls himself a document translator. Translating manuscripts is a hobby for the retiree, who used to work as a civil engineer.

Harald Rohr reports to the district newspaper that almost everything he translates in the form of handwritten documents can pass as historical. The oldest manuscript that he had translated so far was more than 500 years old – recorded on animal skin in 1510 .

Since the majority of his customers come from agriculture, he has a lot to do from late autumn through to winter: Because then there is an opportunity for farmers or people who have taken over a so-called rest yard to look at the old chests in the attic. It is not uncommon for them to find handwritten documents such as land register entries that provide information about previous ownership or rights of way. According to Rohr, such handwritten documents are sometimes extremely helpful in resolving neighborhood disputes. He was often entrusted with documents that had been written during the world wars: war diaries, letters from the front. The latter are particularly moving for his customers

Translating handwriting becomes difficult , Rohr continues to report to the newspaper, if the writing is very small and/or unclear. It is not uncommon for him to use a magnifying glass to help himself. The condition of the old documents also makes it very difficult to decipher them: kinks or dirt are particularly problematic. In terms of content, the constant change in language sometimes makes life difficult for the manuscript translator. That’s why he translates the templates by hand, leaving any gaps that he fills in bit by bit. Rohr told the district newspaper that he would “pule” until he found the translation.

Are you looking for a translator for your documents? Let us advise you free of charge.

There is an association in Hamburg that will translate handwritten texts into Kurrent and Sütterlin . According to the club members, they do this on a voluntary basis . On the occasion of the association’s awarding of the “Medal for loyal work in the service of the German people” in bronze in 2017, the State Councilor who awarded the medal acknowledged that the basic idea of ​​the Hamburg Sütterlinstube is based on the exchange and application of knowledge and tradition. In the meantime, this institution, which is unique in Germany, had customers from all over the world who would turn to Hamburg. The honorary members of the Sütterlinstube opened up to today’s generation with their workan important look into the past .

According to the Hamburg Senate’s press release, the association offers courses to keep the use of old German scripts alive. In return for a donation, he translates historical documents from the Sütterlin into the Latin script commonly used today, including certificates and purchase contracts, private documents such as letters, travel reports and diaries. The association transferred the diaries of an on-board musician on a trip around the world between 1892 and 1894, the childhood memories of a Mecklenburg farmer’s son, the lecture notes of a doctor from 1831 and an eyewitness account of the Battle of Waterloo from 1815

Deciphering old writing: You can do it online too!

The Internet offers you various options for having old manuscripts translated. For example, there is the “Transkribus” project, a program that can recognize handwriting. Anyone who wants to use Transkribus’ artificial intelligence (AI) to translate handwriting can register free of charge with the European Read Coop cooperative and receive 500 free credits to start with, which they say can be used to translate around 500 pages of handwriting. All transcriptions that went beyond that incurred costs. According to a report by heise.de, 13 partners from Europe are involved in the platform; the University of Innsbruck coordinates the whole thing. Transkribus is therefore an EU-funded project.

And now the other way around: Have your texts translated into Old German

Of course, you also have the opportunity to write texts in old German on the Internet, although you cannot do that at all. So-called font generators help you with this: you enter your desired text there and it is then automatically translated into old German. Then copy the old German translation into the document you want. Read More about professional simultaneous translation

As a legal translation agency manchester, we offer you experts for all languages ​​and dialects in the world to translate your texts.

14 Great Home Improvement Tips That Can Add To Your House Appearance!

Find a Class That Will Help You Take...