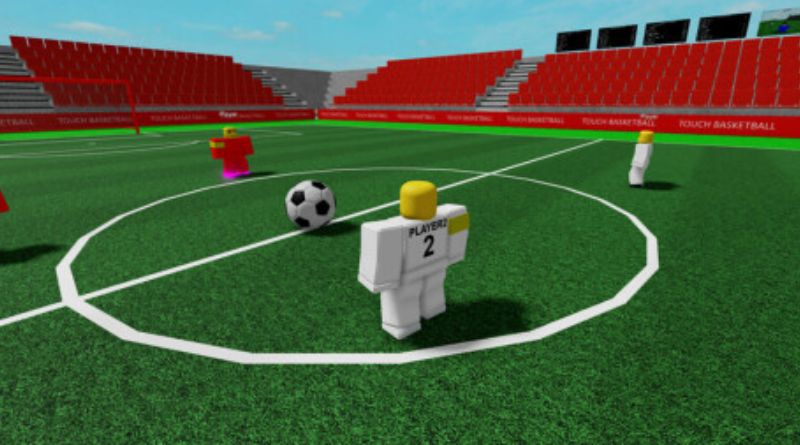 Roblox is a popular gaming platform among all gamers because it offers a wide range of content and game genres. The creators have complete freedom to create a game based on their own ideas and designs. The developers are given many customizable options to create a one-of-a-kind game for the players. Millions of gamers admire and enjoy unconventional games.

Every player looks for adaptability in a game platform, which Roblox provides. Cross-platform play is also supported by the gaming platform, allowing players from different devices to play together. Roblox Football games popularity is growing, becoming a phenomenon among today’s young players.

MPS Volta is one of the oldest games in this category and a well-known title among players. The game is quite enjoyable, with numerous game modes to choose from. The only disadvantage is that the game lacks regular updates and new content, which makes it a little boring. However, the game is still enjoyable, and you can play with bots if you don’t want to play multiplayer. If you’re looking for a football game, you can start here.

Another popular football game among players is SS Soccer Reborn. The game is entertaining to play, with a wide range of stadiums and teams to choose from. The game also allows you to create your own team. You can also play in a league or join multiplayer matches. Players can unlock various customizable items and purchase items from shops such as kits, jerseys, and more. The game is well-designed and enjoyable to play.

Cabbler created and developed the Roblox game Legendary Football. You spawn in Legendary Football, and most of the time you’ll be on a random team in the middle of a random quarter when you join. Your goal is to accumulate as many points as possible through Touchdowns and Field Goals. You can accelerate by pressing q and decelerate by pressing z. You may begin a game near the end and have the opportunity to become team captain, selecting your squad and its members.

The game is part of the TPS soccer series, and it is a street version of the game. There are numerous exciting levels with varying difficulties. The game mechanics and graphics are nearly on par with TPS: Ultimate Soccer. The goal is the same, but the terrain has been changed from a football field to streets. Local players are ready to take on you, so get your team together now.

The game is designed for people who enjoy goalkeeping. Once you’ve logged in, you’ll be able to create your own character and explore the world of goalkeeping. Use the Goalkeeper Training Academy Kit and thousands of additional components to create an immersive experience. Choose from a variety of models, decals, meshes, and other items to improve your skills. The game has an original concept and is a must-play.

When you enter the game, you make your squad. Battle for first place with your “ultimate team.” Access superior players by opening packs. Play as yourself and hundreds of other Roblox users to become the world champions. You form your own football/soccer team and compete against other teams. There are similarities between the gameplay and that of FIFA or Pro Evolution Soccer. The creators put in a lot of work, and the game turned out well and was well received by the players.

A variety of scripts are available for use in Roblox games. Krnl is one of the most powerful Roblox exploits currently available in terms of script execution.

One of the most well-known titles on this list is Ro Evolution Soccer. The game is currently being played by a large number of people and is quickly rising to the top of the list. The game’s style and experience are both extremely fluid. Players can select from a number of game modes and play multiplayer with their friends. The game’s controls and mechanics are buttery smooth, and the constant update improves the experience. It is one of Roblox’s Best Football Games.

The Super Striker League was launched by Cinder Studios on August 30th. The goal is simple: get the ball into the opposing team’s goal before they do the same to you. You must outwit them by using various powers and tools. Special occurrences will occur that will either help or hinder your success, making Super Striker League one of Roblox’s top sports games. Each battle is unique, with ninjas throwing arrows at you and mummies rising from the dead. For example, various power-ups can spawn on the ground to assist your super ability, which is a significant increase in speed and energy by default.

CM Games has developed a soccer simulation game called Kick Off. It is distinct and distinct from other football games. CM game is played and viewed from above, making it difficult to play alongside other players. It is more interesting because of the various obstacles and tasks, and football fans should try it.

TPS has used the same gameplay concept since its inception in 2008. On a server, users compete in a four-on-four soccer game with a maximum of eight participants. Points are earned by scoring, which occurs naturally as the game of soccer is played, and higher levels of achievement are attained by producing notable moments in a match. The user can also strive for virtual badges and leaderboard ranks ranging from 1 to 100. Each user receives five tools (six for goalkeepers) and specific buttons that allow the player to pursue smart routes by using skill movements and tricks to go past opponents, score goals, and win the game.

Football games are among the most popular forms of entertainment among sports enthusiasts. Games like FIFA and PES are popular among sports fans because they are available on other platforms. We’ve come to the end of our list of the Top 10 Football Games on Roblox.

Checkweigher – What is it and how does it work?
by Uneeb Khan November 22, 2022
Certificate 4 in Information Technology Industry
by Uneeb Khan July 23, 2022
Affordable Commercial Door Installation In Mesa, AZ
by Uneeb Khan August 29, 2022