Thinking About Your First Telescope? 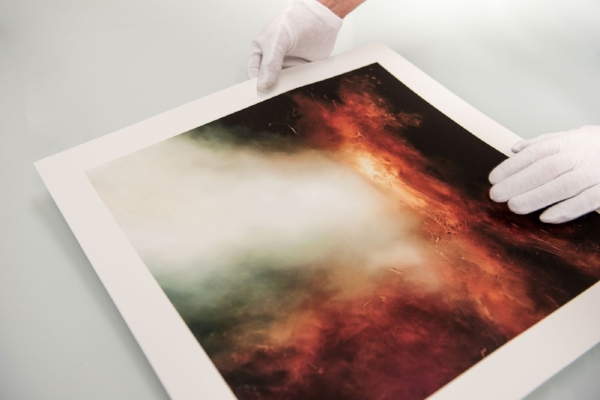 Thinking About Your First Telescope?

Particular objects in the night sky are only visible via a telescope, and most of your naked-eye and binocular targets will also seem considerably better through a telescope.

Today, I will examine the wide variety of telescopes on the market and help you determine which one is ideal for you. After purchasing your first telescope, you must practice mounting it until it becomes second nature. Nothing can deter you from stargazing more than your cumbersome telescope. Once you’ve mastered how to operate your telescope, the fun begins, and you’ll want to set it up at every chance to seek out spectacular stargazing views.

And remember – if you can’t devote so much time yet to stargazing, there’s always an option to shop space canvas art from space artist Agnes My Universe.

Telescopes are available in various forms and sizes, making it difficult to choose the correct one. Fortunately, you may follow a few simple principles to ensure that you select the best option.

If you’re new to astronomy, you might want to start with a set of quality binoculars. Binoculars are less expensive, simpler to operate, and more portable than telescopes, making them ideal for novices. When your selection of binocular targets is exhausted, you can upgrade to a telescope.

Reflectors As Opposed to Refractors

Before making your selection, examine the various models of telescope tubes, which contain the optics. You may discover quite a few distinct patterns. For example, reflecting telescopes collect light using mirrors. Refracting telescopes employ lenses. There are several types of reflectors, but refractors generally have the same fundamental architecture.

The light enters a refracting telescope via the objective lens, the front lens. It then travels along the length of the telescope to the eyepiece lenses, where magnification occurs.

This configuration may make observing with a refracting telescope rather tricky, particularly if the telescope is pointed at a high point in the sky since you may have to squat and bend your neck to see through the eyepiece. However, some telescopes have a prism adapter that bends light by ninety degrees, making viewing through the eyepiece considerably more pleasant.

Refracting telescopes provide some advantages over other types of telescopes:

Since the tube inside is sealed at both ends (with lenses), refracting telescopes are not susceptible to internal contamination.

Because the tube is sealed, refracting models do not experience the issue of air movement within the tube, resulting in more explicit, more stable pictures.

However, refracting telescopes are longer and less maneuverable than reflecting telescopes, and they are susceptible to chromatic aberration, where a rainbow of colors surrounds the image

One of the most prevalent varieties of reflecting telescope is known as a Newtonian reflector, named for Isaac Newton, who designed it (of falling apple fame).

The tube of Newtonian telescopes is open at one end. The light entering the tube will reflect off a curved mirror at the opposite end (known as the primary mirror) and back up the tube to around the top. From there, it exits through a hole on the side of the telescope where the eyepiece is attached.

This setup makes it more challenging to use the eyepiece, especially with more giant Newtonian telescopes. You might need to use a step or a small ladder to get to a height high enough to observe through the eyepiece. The advantages of Newtonian reflecting telescopes over other types of telescopes are as follows:

Cassegrain reflectors are relatively more compact than their Newtonian counterparts, as light is ‘folded’ twice inside the tube, completing two travels instead of one. As a result, Newtonian and Cassegrain telescopes can be half the length.

Cassegrain reflecting telescopes have the same benefits as Newtonian reflectors and are considerably more compact.

The Schmidt-Cassegrain is a modification of the Newtonian reflector in which a narrow lens is put over the front of the telescope tube. This lens expands the telescope’s field of vision somewhat. However, the design is, for all intents and purposes, identical to the regular Cassegrain.

In addition to the numerous advantages and disadvantages when purchasing a telescope tube, you also have a vast selection of telescope mounts from which to pick.

Alt-az, an abbreviation for altitude-azimuth, is the most prevalent type of mount. The telescope may be tilted up and down (changing the height) and side to side (changing the azimuth), similar to how a camera tripod functions. This configuration makes using alt-az mounts extremely simple; point the telescope at the object you wish to observe, and you’re off and running.

Alt-az mounts are simple to install and use.

If you want to observe for hours at a time, maybe intending to track the same object as it travels across the sky, you may need an equatorial mount. These mounts allow you to move the telescope along two axes, moving it up and down or side to side, similar to the alt-az mount.

On an equatorial mount, you move the telescope through two coordinates: right ascension (RA; Greek: ) and declination (dec; Greek: ).

On an equatorial mount, the entire apparatus is inclined rearward. In degrees, the tilt of the mount is equal to your latitude. Consequently, while tracking an object across the sky, just the RA axis of the mount must be moved. Numerous equatorial mounts are motorized, meaning they will follow the object for you, allowing you to observe the night sky.

The Dobsonian mount is perhaps one of the best mounts for novice astronomers. In the 1950s, John Dobson invented this inexpensive and straightforward mount, allowing stargazers to save money on the mount and purchase a giant telescope!

Typically, Dobsonian mounts support more giant telescopes. Unlike equatorial mounts, which employ a complicated tracking mechanism, the Dobsonian is essentially just a rotating disk onto which the telescope is cradled. To maneuver the telescope, it is sufficient to spin the disk and raise and lower it in its cradle. Dobsonian mounts are alt-az mounts in this regard.

The advantages of the Dobsonian mount include:

Dobsonian telescopes lack tracking systems, so you must continually move them to follow your target across the sky, which is a significant drawback. You can get a limited edition print of space painting to have an idea about our amazing universe.

The Exclusivity Of Audience Growth In Crypto Exchange Business