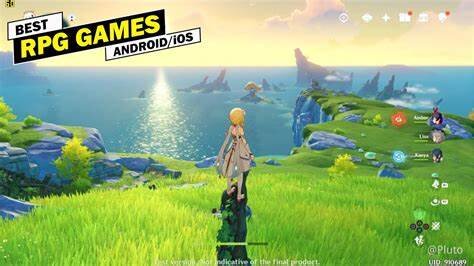 According to the announcement on October 25, DEKARON G is open for download to players in Europe, America and Southeast Asia. After the official release, DEKARON G topped the list of Google and App Stores in Taiwan, the Philippines and Thailand. The game has been downloaded more than 100000 times, with an average score of 4.2 stars on Google Play.

DEKARON G provides a “Chaos” system that allows players to experience a variety of battlefield hunting. Players can experience more than 100 varieties of weapons with different awakening skills and special abilities. More importantly, the lighting effect of the game allows players to show off their wonderful game experience.

To commemorate the 20th anniversary of the publication of RO, Gravity Game Vision noticed that Ragnarok Origin (Taiwan) will be launched on September 13, 2022. The game is a masterpiece of the RO series, with more than 1.5 million people pre registered, indicating its popularity in the mobile game field. Ragnarok Origin (Taiwan) has downloaded more than 100000 times, with an average score of 4.5 on Google Play.

According to the official website, the game’s multi-level transfer system has also been inherited. In addition to the original fishing function, the map also has a series of interactive scenes. Players can sit on the church bench, try to climb the gable, and explore the map with the characters in the game.

On July 27, the long-awaited MU Origin 3 ASIA was finally launched in specific regions/countries. The number of downloads of MU Origin 3 ASIA on Google Play Store has exceeded 500000. Similar to other MMORPGs, MU Origin 3 ASIA allows players to freely create a role list on multiple servers while using one role at a time.

There are 3 occupations for players to choose, including swordsman, mage and archer. In addition, new attack modes can be found in MU ORIGIN 3 ASIA. Players can experience the first real 3D world of MU through 360 ° view. Due to the high drop rate of rare equipment and materials, players of MU ORIGIN 3 ASIA may find treasure in MU’s fantasy world.

On June 29 this year, Idle Moon Rabbit was officially listed. Idle Moon Rabbit, developed by Able Games, is a simulation game. The number of downloads of the game has exceeded 1 million, with an average score of 4.6 on Google Play.

Idle Moon Rabbit is a lovely anime style placement and cultivation game. You will adventure with the lovely moon rabbit. In the game, you can match your moon rabbit with various skills and weapons, quickly eliminate various monsters, and also change clothes. The game process in Idle Moon Rabbit is really very good. As long as you have a good feeling, you can get a perfect game process. It is OK to go online at any time. The content in it will be more up to standard. The favorite players should not be wrong. It is worth your good feeling. This is the most critical. This is a very interesting role-playing game. You need to help the moon guardian, the moon rabbit, who picks up power to regain its power. In the game, you will fight with the moon rabbit, configure different skill combinations, eliminate enemies in the dark, and recommend it to players who like to place games.

As the first official Ragnarok Online IP with Play To Earn and NFT elements, Ragnarok Labyrinth NFT is integrated with blockchain technology. On April 27 this year, this “idle MMORPG” mobile game developed by Gravity was released. The game has been downloaded more than 1 million times, with an average score of 4.2 stars on Google Play.

You can find 4 main occupations in Ragnarok Labyrinth NFT, including swordsman, archer, thief and magician. Like other games, this game allows players to request to join the adventure and receive additional online digital rewards. Some tasks can be done automatically in Ragnarok Labyrinth NFT. Players can interact with other players, trade equipment and materials through NFT, and equip their characters with the best materials.

15 Benefits of Book Reading for All Ages: Why You Should Do It Every Night