Home Tech Angular vs ReactJS: The Battle of the Front-End Frameworks
Tech

Angular vs ReactJS: The Battle of the Front-End Frameworks 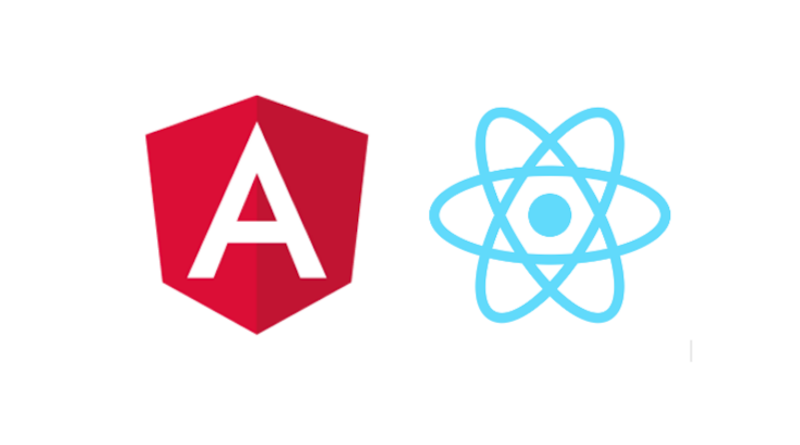 In recent years, ReactJS and Angular have emerged as two of the most popular JavaScript frameworks available. Both have been widely adopted by companies across the globe, but which one is best? In this article, we’ll take a look at the main differences between Angular and ReactJS and make some suggestions based on our experiences to help you decide which framework will be best for your next project.

AngularJS is a powerful JavaScript framework for building mobile and desktop web applications. It’s used primarily with HTML to create single-page applications (SPAs) that work both in browsers and stand alone on mobile devices. Angular implements two-way data binding and makes it easy to build complex, interactive UIs. It also provides built-in support for routing, XHR/JSONP communication, client side templating, and more. Angular was created by Google as part of their effort to produce a unified Web development company platform across all devices – mobile or otherwise – but has since been released as an open source project under an MIT license.

Which framework should you choose for your project?

With two strong frameworks on either side, which one should you pick? To make your decision easier, we’ve compared both so you can decide. Read our comparison to see how they stack up against each other, and don’t forget to read our advice on whether to choose Angular or React. The above image is from BuiltWith’s comparison chart comparing Google’s Angular framework with Facebook’s React. You can view their full chart here . Also, be sure to check out Udemy ‘s own comparison chart for Angular vs Vue .

When it comes down to it, choosing a front-end framework isn’t that difficult once you have a solid understanding of what makes them unique and beneficial in different scenarios.

How to solve the JavaScript fatigue syndrome

We feel you. As a developer, you’re constantly updating your skills to keep up with current web trends and technologies. Thankfully, there are some front-end frameworks that will let you get back on track while learning new technology at a comfortable pace. We’ll take an in-depth look at AngularJS and ReactJS to help find which framework is right for your next project. Let’s start by discussing why JavaScript fatigue exists and how it affects developers today.
This fatigue can be attributed to two major factors: JS churn and API volatility.

Benefits and Drawbacks of using either Angular vs React.js

When it comes to developing web applications, selecting a front-end framework is essential. There are two main frameworks out there, Angular and React. Both of these frameworks have been widely used by developers because they offer tremendous benefits. However, choosing one framework over another can be challenging. To help you select your best option, here are both sides of Angular and React in terms of pros and cons.

How to solve common problems using these two frameworks

Tempted to develop using a JavaScript framework? Then you’re probably familiar with Angular or ReactJS. They’re two leading front-end frameworks that developers use to build user interfaces. Both Angular and React have their own strong suits, but not everyone agrees which is better for development. Let’s weigh up some of their best features and help you choose which will work best for your project.