A Guide Before Going on Whale Watching Broome 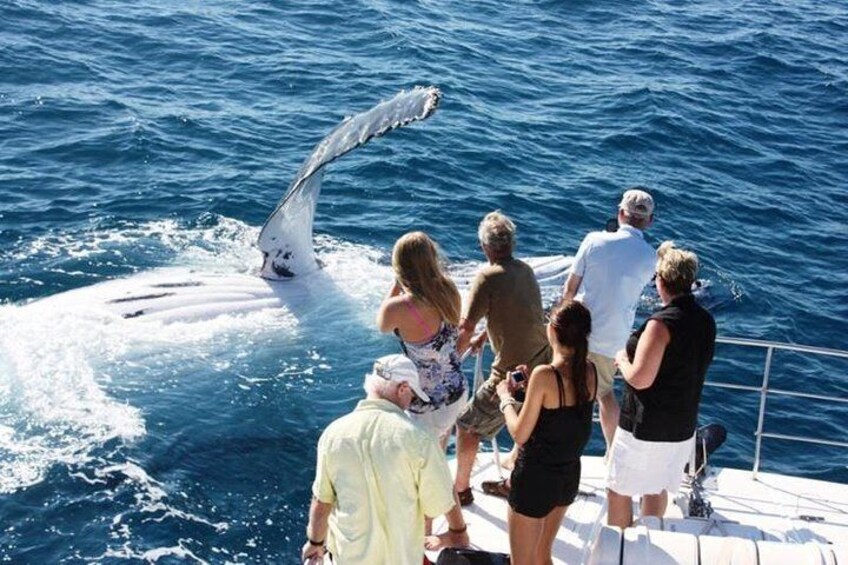 Western Australia, a region with a global reputation for whale watching, will appeal to every age of nature and animal enthusiast. Discover what spectacular whales you may view, where to see them, and when to do so in this guide.

Western Australia’s waterways will astound and awe you when you go whale watching Broome and Broome fishing, so dive in!

Cetaceans of the sapphire waters, a majestic species

Although a variety of sea life and other marine animals live in and around the seas off the coast of Western Australia, the whales’ yearly migrations are a significant attraction for many marine observers.

Blue whales may be seen swimming through the water in West Australia. You will be in awe at the world’s biggest mammal, even though they are gentle giants who eat krill.

Blue whales gather in the summertime off the coast of southern Australia to eat swarms of krill. They follow the krill to Perth Canyon as fall draws near, so they may continue to eat there for a few weeks before their lengthy migratory journey, circumnavigating the Banda Sea.

With tens of thousands of individuals making their annual, 4-6 month migration to and from Antarctica and the Kimberley area, humpback whales, once almost extinct, have embarked on an incredible recovery.

Western Australia is the site of the largest humpback migration in the world. During the mating season in the winter, humpback whales migrate northward, with their regular nursery sites in more tropical waters as their final destination. Along the trip, there is a lot of activity, including male humpback whales competing for females and juvenile whales playing and observing their elders.

As the seasons change, female humpback whales that have completed nursing the previous year’s calves, young whales, and “bachelors” begin migrating south. Then humpback whale calves and their moms, numbering in the hundreds, begin to return to the Antarctic seas.

These apex predators, sometimes known as orcas, are the biggest species of marine dolphin.

Although they may be found in all seas, they are more numerous in colder regions. Orcas are tightly knit matrilineal pods and are intelligent and communicative with their succession of clicks, pulsing sounds, and whistles.

How to go whale watching in Western Australia

Although marine fauna may be seen all year long, if admiring the magnificent behemoths in Western Australian seas is your primary objective, you may wish to consider the following:

The best times of year to see whales in Western Australia

– When the humpbacks, southern rights, and blue whales migrate along the WA coast, they regularly come near enough to the beach that you may view them with (or even without) binoculars. The best time to go whale watching in WA is between May and December (whale watching season in WA).

There are well-liked vantage sites for whale viewing from the Margaret River area north to the Kimberley coast. These are just a few locations in WA where you may discover the finest whale viewing, working your way north from the south.

The humpback migratory path goes through Flinders Bay, also home to the southern right whales’ nascent feeding areas. From mid-May through August, many whale-watching trips depart from the August Harbour. In the winter and spring, you may see whale migrations in Margaret River, one of the most well-liked locations for whale viewing.

Perth has some of the most breathtaking beaches in the world, among other attractions. Perth is also one of the rare locations where you may see blue whales feeding. Especially when they have calves, humpback whale sightings are frequent from September through December.

Visitors may observe majestic humpback whales breaching and playing at Jurien Bay thanks to organised whale-watching ships that go along the “Humpback Highway.”

With its accessible cliffs overlooking the deep ocean bottoms and distinctive viewing position, Kalbarri is a burgeoning centre for whale watching.

Broome is the only location where you could see the uncommon snub-fin dolphin. It is also a humpback whale hotspot. You could also do Broome fishing and whale watching Broome for activities.

Utilise Conspicuous Cliffs at Walpole, which offers the ideal viewing position to see whales travelling along the coast of Walpole.

A family trip for whale viewing and much more is ideal with a caravan holiday at any Summerstar location. Our campgrounds are close to some of the most popular whale-watching places, including Kalbarri, Broome, Margaret River, and Jurien Bay.

No matter your budget, you can still enjoy a memorable caravan holiday at Summerstar Tourist Parks, such as Broome fishing and whale watching Broome. Reestablish contact with the magnificent marine creatures and the finest of Western Australia, where you can spot different mammals. So, make use of this guide to enjoy your time!

Resorts in Bangalore for a Perfect Workcation

12 Best Places To Visit In Bangalore For...

Osprey Daylite Is A Lightweight, Compact And Durable...